Interview about COLUMBUS. The Untold Story 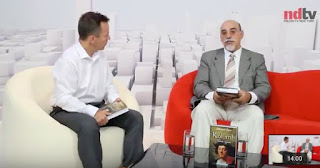 https://www.youtube.com/watch?v=RxABzZCb9-0&feature=youtu.be
Posted by Cristóvão Colon at 2:51 PM No comments: 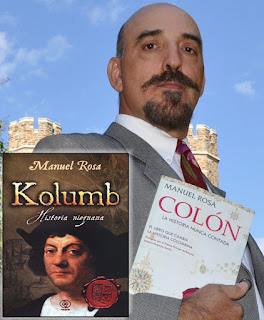 Historian Manuel Rosa to discuss the life of Christopher Columbus on Oct. 8


Sept. 30, 2015 - Historian Manuel Rosa will discuss the true origin and heritage of Christopher Columbus at noon on Thursday, Oct. 8, in the Carl Hansen Student Center, Room 225, 275 Mount Carmel Ave.
Rosa's lecture, sponsored by the Central European Institute at Quinnipiac, will present new evidence that shows Columbus was not Italian, but Polish royalty. In 1991, Rosa began a scientific investigation of the life of Columbus taking him to countries, including Portugal, Spain, Poland and the Dominican Republic. He was the only Portuguese historian involved with DNA studies of Columbus' bones at the University of Granada in Spain.
"We are very excited to host Mr. Rosa at Quinnipiac," said Christopher Ball, director of the Central European Institute. "His lecture on the true origins of Christopher Columbus looks fascinating indeed and typifies the kind of critical thinking and constant questioning we encourage here."
Rosa's first book, "The Columbus Mystery Revealed," was published in 2006. His latest book, "KOLUMB. Historia nieznana" (COLUMBUS. The Untold Story), was published in 2012 and was a bestseller in Poland.
Alexander Storozynski, distinguished scholar and Polish chair of the Central European Institute, said, "Thanks to much historical digging, Manuel Rosa offers a fascinating look at the roots of Columbus. His work has gained international attention. While the book has been published in several countries, it deserves to be picked up by a major American publishing house a well."
Rosa is the recipient of the 1976 Boston Globe's Art Merit Award and the Lockheed Martin Lightning Award. He currently works at Duke University.
The lecture is free and open to the public. For more information, call 203-582-8652.
The Central European Institute builds bridges between the United States and the nations of Central Europe by fostering relationships in academics, business and culture.
- See more at:   http://www.quinnipiac.edu/news-and-events/historian-manuel-rosa-to-discuss-the-life-of-christopher-columbus-on-oct-8/#sthash.gt1Gy1WP.dpuf
Posted by Cristóvão Colon at 3:29 PM No comments:

A will without a way. A critical review of how the Christopher Columbus Mayorazgo of 1498 continues to perpetrate a fraud against historians and history. (RI §416163)

The Last Will and Testament of Christopher Columbus dated 1498, known as the Mayorazgo (Majorat), materialized in Spain decades after the discoverer died. The document was presented during the Columbus inheritance lawsuit by an Italian imposter named Balthazar Colombo who was not a family relation. The document includes the statement “being I born in Genoa,” which has been utilized as the crucial proof that the Discoverer of America was born in Genoa, Italy. However, neither the contents of the Mayorazgo nor the circumstances of its creation pass scientific scrutiny. It turns out to be a fraudulent document invented by Balthazar Colombo in his shameless effort to steal from the discoverer’s legitimate heirs the immense inheritance of the Dukedom of Veragua, Admiral of the Indies and Marquis of Jamaica.

I. Colón vs. Colombo: planting the seeds of deceit. II. The Problematic Mayorazgo of 1498. III. Wronged Historians.

Keywords:  Christopher Columbus Last Will; Majorat of 1498; Balthazar Colombo as impostor; Columbus Inheritance Lawsuit; Succession to the House of Veragua; Fraud and Forgery in Medieval Tribunals; Credibility of the Raccolta Colombiana; Legal Battles of the Admiral of Indies; Misgivings of Genoese Columbus; Colón vs. Colombo vs. Columbus.;

Posted by Cristóvão Colon at 7:44 AM No comments: 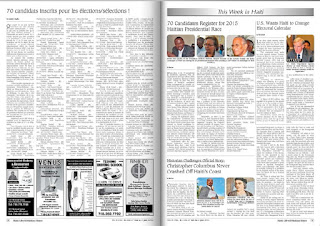 Posted by Cristóvão Colon at 8:00 AM No comments: