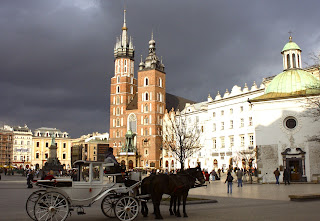 We are citizens of Kraków, the city where members of the Jagiellonian dynasty are buried in the Wawel Cathedral, the burial site for Polish monarchs.
We have been deeply moved by your studies on the origins of Christopher Columbus.

The first pieces of information we received were from the press. However, it was after the translation of your book appeared that our curiosity was aroused even more.

We would like to encourage you to conclude the exciting research and prove, or disprove, through DNA testing, whether or not Columbus was a descendant of the Jagiellonian dynasty.

We would like to offer any indispensable help in organizational matters, that is contact with the clergy, Cardinal of Kraków, organization of your stay in Kraków, notification and invitation, with your consent, of the appropriate people, who would be willing to accompany you in uncovering the mystery. 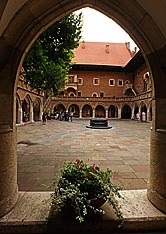 We will be grateful for your response.

At the same time we want to congratulate you on the research done so far in this area.
If you have other plans aimed at confirmation of Christopher Columbus’ identity and our help is not needed, we will keep our fingers crossed for your successful explanation of the fascinating story.